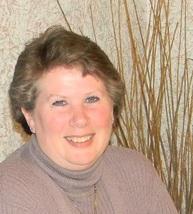 In 2011, Sue Brignull took on the monumental task of researching the many gifts given to Saint Paul's in its long history.  At the time of her research, the church was nearly 160 years old, and was still a thriving community thanks to the perseverance, dedication and contributions of time, talent and treasure of many of our forbears.

Ms. Brignull has been a valued member of our church since 1970 and has contributed in many capacities including Vestry.


The links below will take you to her reports compiled from information found in historical documents, church registries, newspaper clippings, photographs, and personal memoirs. Most items seen in this building today have an interesting history.

In 1851, upon incorporation of the church, there were 31 members listed. These included the rector who was paid $ 300.00 annually.  The sum of $ 2, 500 for the church building was raised through mortgage and donations. A supply of prayer books, alms basins, surplice and altar cloths were given and a set of communion vessels was loaned from Christ Church in Hudson.

Former President Martin Van Buren’s son, Smith Thomas, asked architect Richard Upjohn to design and draw up plans for erecting the church. (We do not have record of Mr. Van Buren’s correspondence but we do have one of the original letters from Mr. Upjohn!) The following June, (June 22, 1852, to be exact), the church building was consecrated by Bishop Chase of New Hampshire, acting for the Bishop of New York. Reverend Frederick T. Tiffany was the rector at that time. We have the prayer book used at that ceremony; it was donated by Mrs. Franklin G. Guion who was one of the founding members and first Wardens of St. Paul’s.

Below is a portion of an article that was included in The Albany Churchman in 1931:

"St. Paul’s Church, Kinderhook nestles in a charming village, the jeweled offering of a contented countryside, a graceful unpretentious chapel whose beauty is concealed from those who do not enter. Dating from the middle of the 19th century; a modern rural church that approaches an unearthly beauty; a hallowed ornament having the distilled essence of spiritual aspiration. It is, without exaggeration, a gem."

Find out more through the links below.
Proudly powered by Weebly