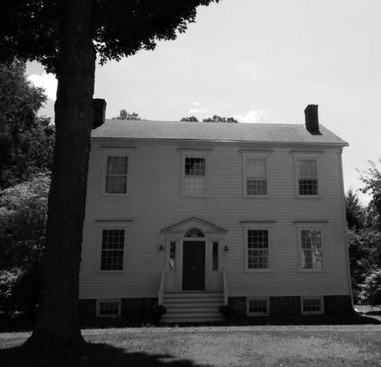 The vestry minutes of July 18, 1864 read:
“The rector read two communications from the ladies of the congregation, proposing to use the money raised by them at their recent Fair, in moving the church edifice from its present location to the rectory grounds, or in repairing, altering and completing the edifice as it now stands.” Mr. Francis Silvester was appointed a committee to investigate the expenditures involving these proposals.


Francis Silvester II was a vestry member from 1857 until his sudden death in 1903. His name appears in the record books and we are grateful for his input surrounding many important decisions.

Edward Collier’s book, “A History of Old Kinderhook”, published in 1911 describes Francis Silvester as “an able lawyer, a pleasing speaker and a graceful writer.” It is noted that after graduation from Kinderhook Academy, he studied law and in 1856 was admitted to Columbia County Bar. He served three years as District Attorney.

His obituary was listed in the NY Times December 18, 1903: “Francis Silvester, ex-district attorney of Columbia County, residing in Kinderhook, NY died in his seventieth year from heart failure at the Westminster Hotel here on Sunday. His father, Peter H. Silvester was member of congress for many years. His mother before her marriage was Miss Catherine S. Bronk. After an active career at the bar Mr. Silvester retired from practice a few years ago. He was a vestryman of the Protestant Episcopal Church of Kinderhook. His late residence at that place is filled with old furniture, china and bric-a-brac dating back to the Colonial days. He is survived by a brother John L. B. Silvester.”

His grandfather, Francis the first, built Silvester House. The home still exists and is located directly across the street from Saint Paul’s Church (pictured above). It was under this Francis that Martin Van Buren apprenticed and studied law! Despite the difference in spelling of Silvester, the history of this family and home is presumably why this road is called Sylvester Street.


Note from the webmaster, Bleu Andersen:

Here I would like to recognized the unnamed heroes in this story; herein recorded only as the 'ladies of the congregation'.
History will never know their names yet their hard work and dedication earned enough money from one event to relocate an entire building.  Quite extraordinary!
Proudly powered by Weebly